With a plethora of smartphones crowding the market with a variety of brands and growing competition between different operating systems, its quite probable that an average cellphone consumer will be confused! We help you out of that confusion enabling you to choose your next smartphone carefully as per your requirements! After all, everyone wants to spend their money wisely, especially considering the reducing shelf-life of these devices! Here you can find news and updates about the latest and upcoming smartphones! (We dont give updates about each and every device, we provide updates about only those devices which are reliable and do not compromise on quality! )


You can follow us on our official Facebook page. You can post your queries regarding smartphones on our FB page or comment it on this blog. We will try our best to provide you your perfect mobile. 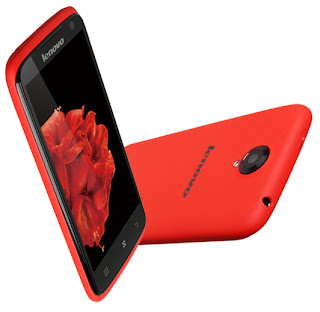 Are you thinking of buying a good-quality & stylish mid-range smartphone? Lenovo has recently launched the S820 smartphone last month. It is Dual-SIM and has Corning® Curved Glass.

Lenovo S820 Specifications:
You can visit the official site for detailed specs and features: http://shopap.lenovo.com/in/en/smartphones/s-series/s820.

Since you can easily get MediaTek-based smartphones with more features within Rs. 15K, its high price may be attributed to its beautiful design. Lenovo's marketing team has been working hard to emphasize the phone's vivid redness, soft curves and velvet finish to back its case. This seems to compete with Micromax Canvas HD A116 and LAVA Iris 504Q. Although the S820 looks definitely better than both and also has uniqueness factor (how many people have you really seen with Lenovo smartphone? ), but Canvas A116 and Iris 504Q definitely have an edge due to competitive pricing.

The official site states the phone to be priced at Rs. 19,000. But you can get it at lesser price from local retailers.
No comments: Links to this post

Here comes the gaming beast by XOLO, the Play T1000 with NVIDIA core 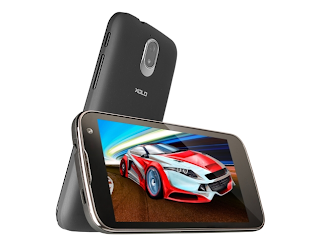 XOLO, which is the world's first brand to bring Intel processors to mobiles through their X-series, has now become the first Indian brand to launch an NVIDIA Tegra 3 based smartphone, titled, the Play T1000. As its name suggests, the phone is aimed at folks who need hardcore gaming on their phones.

The most interesting aspect of the phone is the processor. Xolo Play features a Tegra 3 processor. The phone is not a quad-core phone but a 5-core phone! Yes, that’s right. The phone will come with a quad-core 1.2 GHz processor with a special “5th battery saver processor”. Although the processor is a little outdated being just more than a year old, its gaming performance is definitely better than that of other budget phones with MediaTek processors. Since XOLO is marketing the phone as a ‘gaming device’ but the internal memory is still pretty low at 4 GB. How could they assume that gamers would not load their device with GBs of games! But the XOLO Play enables to directly save and install your apps on your SD card.

Here are the basic specifications:

If playing games on the go is an absolute requirement, then XOLO Play is the obvious choice around the budget of Rs. 15,000. If gaming isn't your primary requirement, you have a good variety of budget phones around the Rs. 15,000 price point to choose from including the Xolo Q1000, Canvas HD, Zen Ultrafone 710HD and Lenovo A706 to name a few.
No comments: Links to this post 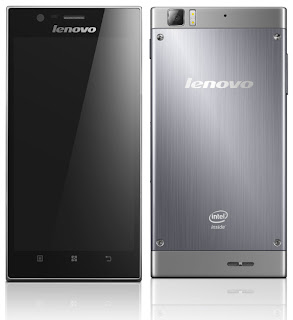 Most people know Lenovo as the company that makes laptops and desktops. It is not a firm that we think of when we start looking for our next smartphone. Lenovo's goal this year is to change this. It wants to be known as a company that doesn't only sell laptops but also the one that makes great computing devices, whether they are traditional computers or smartphones.
In China, Lenovo has already become one of the top smartphone sellers. India, which has a similar high-volume and value-driven smartphone market, looks like a good market for the company. This is the reason why in the last month Lenovo launched six smartphones priced between Rs 30,000 and Rs 8,689.

Of these, the most outstanding device is the phablet K900 which was launched in June at around Rs. 32,000 but now available at Rs. 26,000. Its USP is its durable body which is carved out of Stainless Steel and an ultra-slim form factor. It also the first smartphone to have Intel's Clovertrail processor under its hood.

Lets have a look at its specifications:

Obviously, the K900 ticks all the right boxes from hardware point of view. But it also has customized the Jellybean UI with its custom skin. The phone has a unique but awesome design with features that can easily compete with Samsung Galaxy Mega. And at the price point of around 25K, its worth-buying. You can also check-out its detailed review here.


Do drop in your comments below.
No comments: Links to this post

Nokia Lumia 520 is the world's MOST POPULAR WINDOWS PHONE!! 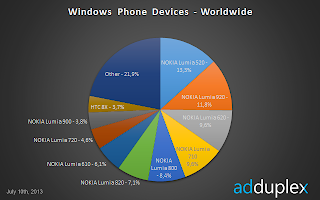 It has been just four months since the Nokia Lumia 520 started rolling out in various parts of the world, especially India, but it has already taken the top spot as the world’s most popular Windows Phone, according to recently released statistics from Ad Duplex, a Windows specific ad-platform company that claims to be installed on most Windows Phones inside third party apps. Anonymously, they usually collect data and release it every month, but this time, it’s something special. It is all about how the Lumia 520 dominated the Windows Phone marketshare in most countries, including India, to become the most loved Windows Phone in the world.

Samsung Galaxy Core now available in India for around Rs. 15400 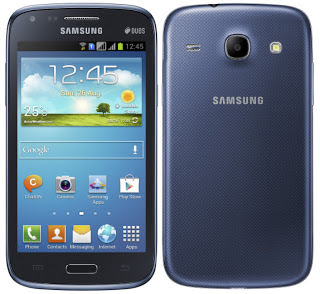 The specifications may look nice, but the pricing is high considering that the hardware specs are quite outdated and their are phones with better specs in this price range from comepeting brands like the XOLO Q1000, Lenovo A706 and Micromax Canvas A116. Its benchmark results are yet to arrive. Lets see whether it can really give a power-packed performance as stated in the official site.
No comments: Links to this post

Which mobile brand do you trust the most?